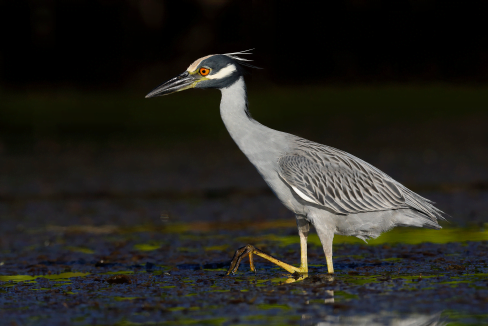 Planet Earth, turning and turning, transmutes the rays of the Sun to a dazzling multiplicity of form and expression, an alchemy of tassel and leaf, fin and feather, eye and bone; all are progeny of a planet in reverie. And the dream becomes life in its full tapestry.

The human, born from millennia of Earth’s invention, trial, and travail, is the ultimate dream animal. Of all Earth’s species, we are the lucid dreamer, the dreamer who watches the dream. Through the profound mystery of conscious self-awareness, the human reaches a depth of seeing never before achieved in the history of life. And depth of seeing is depth of being.

When I was an undergraduate, I took up bird watching. Birds were on my radar as I grew up. I knew the common species. But I had never systematically sought them out. Now, every break from the books found me out in the fields for hours in search of new species to add to what birders refer to as the “life list.” I quantified, categorized, and made notes as any dutiful student of the natural world.

One summer afternoon I headed for one of my favorite outdoor spots, a pristine stretch of creek which ran above-ground for a few miles. The creek was shrouded by mixed deciduous woodlands for the entire stretch. I made my way through this green arcade to a small sandy area underneath an embankment along the creek. A weathered and sun-drenched log was the perfect spot for a rest.

The log warmed my back. Although it was a near windless day, the leaves began to move in a fantastic dance. I felt the embrace of birch, elm, and willow as their sway and flutter came alive within me. The landscape seemed to radiate from within. The creek, following its natural course, was as alive in its relationship to its stony bed as the juncos were to the elm branch on the bank opposite me.

In my total absorption, the arrival of a night heron seemed natural, a perfect enhancement of the vivid dance. Her graceful glide and landing created quiet joy within. The heron fished, stalked the bank, and groomed herself in the shade of creek-side willows. I slipped beyond an awareness of time.

Heading home toward dusk I realized that the yellow-crowned night heron was a new bird on my list. But somehow that felt secondary. I had internalized a more primary knowledge, a seeing beyond intellect, a total immersion in the vitality of another being. That afternoon ruined me for birding in the way I had been accustomed. On future birding trips, I was less absorbed in my “life list,” and more in the unique presence of individual birds, whatever the species.

To feel internally the heron foraging, or the hawk soaring, or the salmon driving upstream, is too be freed momentarily from the blindness of the conditioned self. There is a deepened capacity to see, to discern. Something that stirs in the breast of a hawk soaring has its equivalent in human joy. Something in the body of a salmon knifing upstream has its equivalent as human intent. And the heron foraging? Perhaps something as yet unnamed.

“The whole of life lies in seeing,” wrote Pierre Tielhard de Chardin, “the history of the living world can be reduced to the elaboration of ever more perfect eyes at the heart of a cosmos where it is always possible to discern more.” Seeing outside of the confinements of the conditioned self helps build an immunity to the predations of mass culture and ideology, to the beguiling tyranny of demagogues. The light of discernment exposes our unconscious allegiances. Those allegiances, whether they be power, money, success, fame, or some ideal of physical beauty, shackle us to constant desire. Shedding light on the hidden parts of ourselves that keep us captive within a world of secondary concerns is the first step toward deeper seeing; which is a more refined discernment; which becomes wisdom, when internalized.

Children and The Cosmic Citizen

The best starting point for greater discernment is with children. Given the context — a maternal bond where they feel held and thus safe to explore, direct contact with natural forms, and the power of story grounded in cosmology — allows them to build their interiority upon a landscape of formation which will connect them to something transcending the self. They grow into an ever expanding communion. This is the basis for the cosmic citizen, the truly mature human.