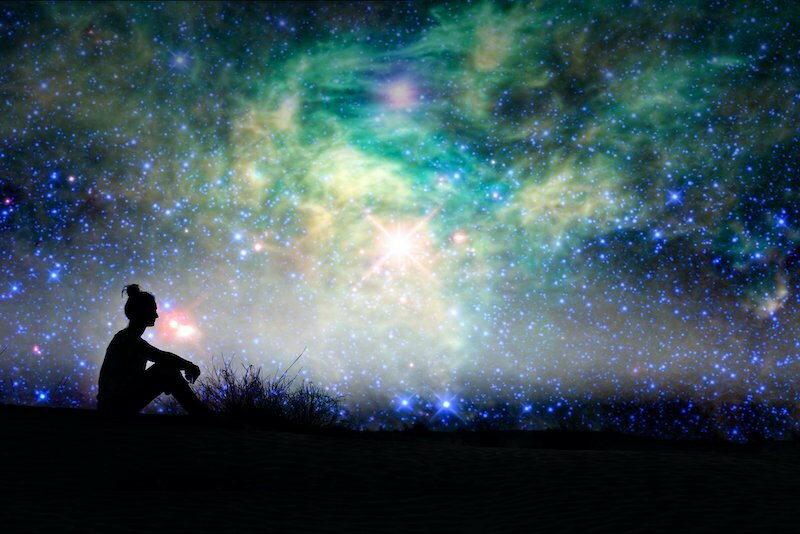 It’s easy to forget that the body is composed of the same atoms that make up the world that surrounds it, and that we are exchanging molecules with every inhale and exhale, every morsel of food, and every skin cell that sloughs off as a new one appears. By cutting ourselves off from the awareness of our interdependence with everything that is not man-made, we sever ourselves from the incredible beauty of what our senses actually are taking in. (Nichols, Blue Mind, 2014, location 1444)

Poets, artists, romantics, farmers, outdoor enthusiasts, traditional healers, nature lovers, and others have known this for ages. There is something about our connection with nature that feels so right. That is the way life was for the first humans. Perhaps we still feel exhilaration in nature since that is how our species evolved, and we deeply sense that connection. Or maybe it was predetermined–nature dictated how our DNA would unfold all along, and it simply is not possible not to feel connected.

Now humankind faces a crisis the likes of which we have not seen before. Our impact on nature has damaged the Earth so profoundly that we are threatening not only the survival of many other life forms but also our very own existence. We have become so disconnected from our cosmic source that we have seemingly lost the ability to sense and act upon the dangers we are causing. What do humans need to do to step back from the seeming edge of extinction? How must humankind evolve to the next level of enlightenment and live cooperatively with the Earth, rather than on it as a burden, even as its destroyer?

Cultural historian and “geologin” Thomas Berry suggested that what humanity needs is to return to our ancestors’ recognition—we are part of a single integral community. Earth has human and other-than-human members; each being has a critical role to play in the ecosystem. Our interpretation of our presence here on this Earth needs to become more democratic, giving voice to the other-than-human inhabitants. They have been under-represented due to humankind’s self-centered attitudes and actions. “… [E]very being has rights to be recognized and revered. Trees have tree rights, insects have insect rights, rivers have river rights, mountains have mountain rights” (The Great Work, 1999, p. 5). Berry continues to clarify that humans also have the rights to habitat, nourishment, and shelter as members of this single integral community. There is a balance, however. We do not have the right to deprive the other-than-humans of their rights to the same.

At a time when it has become all too apparent how inequitably human rights have been distributed in our society, it may seem an improbable goal to concern ourselves with river rights and mountain rights. But why not? Our history of extracting wealth from black and brown bodies is not really different than extracting wealth from mountain bodies. It is abuse and exploitation all the same.

Change is long overdue. There is no better time than now for us to become our better selves–humankind for a new age, the Ecozoic Age–as equal citizens in an integrated world with respect for all rights, from the depths of the oceans to the mountaintops.

← The Universe Story by John Fowler