There is a growing awareness that our current institutions, including educational institutions, are not addressing the world’s most pressing issues. Graduate educational programs have a particularly strong obligation to emphasize humanity’s role in creating a sustainable Earth community.

This M.Ed. in Integrative Learning draws on the ideas and practices of those who have deeply studied and wisely responded to today’s opportunities and challenges. The course content is seamlessly integrated so that adult learners experience congruence with what they learn and how they teach.

The Great Work is a phrase coined by Thomas Berry in his 1999 book of the same title. Berry proposed that the Great Work of our time is to assuage the species and environmental devastation that has been caused by human activity. He asserted that the task before us is to reinvent the human to become a benign, but active presence on Earth.

Each of us begins this task by responding to what mathematical cosmologist, Brian Swimme, describes as “the allurements that beckon us, by following our passions and interests”. The Great Work involves aligning our personal sense of purpose with the larger creative dynamics of the Earth community.

This program provides an opportunity for students to contextualize their own interests. It is a holistic approach that supports the transformative dimension of learning.

In reality there is a single integral community of the Earth that includes all its component members whether human or other than human. In this community every being has its own role to fulfill, its own dignity, it inner spontaneity. Every being has its own voice. Every being declares itself to the entire universe. Every being enters into communion with other beings. This capacity for relatedness, for presence to other beings, for spontaneity in action, is a capacity possessed by every mode of being throughout the entire universe. ~Thomas Berry 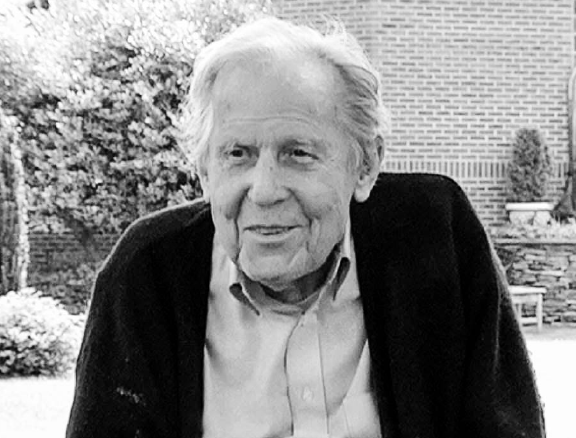 Who was Thomas Berry?

Thomas Berry was a cultural historian and geologian – an “Earth scholar.” Among advocates of ecospirituality and the new story, he is famous for proposing the idea that a deep understanding of the history and functioning of the evolving Universe is a necessary inspiration and guide for our own effective functioning as individuals and as a species.

During recent years there has been a proliferation of courses and degrees offered under the umbrella of distance learning. In general these academic pursuits are similar to attending a conventional university. The professor posts lectures and gives out assignments, students submit papers, there are tests and there are grades.

In contrast we promote an integrative view hosted by a uniquely designed online Campus where students work in collaborative learning communities; where faculty are mentors and co-learners; where creativity and self-direction are valued; and where there is a an understanding of dialogue as process. Right-communication embraces an appreciation for each person’s contribution.

The heart of the teaching and learning process relies on interactive dialogues accessible through state of the art conferencing software. Faculty and students meet in asynchronous classroom conferences, building upon one another’s insights and understanding.

about the online campus

The core material and course work is presented through a series of on-line seminars where students and faculty post responses to an assigned reading (or viewing).

Subsequent to the initial posting, participants comment and weave responses, searching for new insights. Quite often the authors of the books and/or experienced scholars are available during the on-line dialogue.

A sample of an integrative seminar dialogue can be accessed from the download section at the bottom of this page.

The experiential learning or practicum is based on your Emphasis Area. Students take their new knowledge and apply it in a real setting. The practicum emerges from the research question(s) one chooses to explore and involves a minimum of 150 hours of applied learning.